I can't believe that six weeks have passed since The Big Push! The time has flown and, if I am honest, the first 3 weeks have kind of failed to remain in my memory... The time has gone by in a blurr , but those first 3 weeks, I struggle to remember the details!
I have always been a counter of my blessings. I don't sit and count them out on my fingers, but I do think of all the wonderful things and people in my life and am grateful. In the last six weeks the blessings I count are very different to pre-Holly times. For instance, I am very grateful for a good, reliable and working washing machine. My God! I have never in my life used my washing machine as much as I have since my daughter (ha! I have a daughter, it's still so weird to say it) came home. For such a little thing, she sure creates a mountain of washing!
I am also always thankful for the days that she doesn't give a dirty nappy until Himself comes home. While I am less repulsed by her dirty nappies, given that
I made the arse that makes the dirt, I am still repulsed!
I am grateful for 3 hour naps! Unlike pre-Holly days, those are not my 3 hour naps! They are, in fact, hers! Yes! When she sleeps for 3 hours straight I am in heaven! I get to do some of that mountainous washing, have a shower, brush my teeth, reply to a text. It's wonderful!
I appreciate the beauty of finishing a cup of tea! Oh do I regret all those cups that I chose to waste. I am pretty sure that my baby has a sixth sense that tingles, much like Spidey-senses but trigger when her mam sits down with a cuppa.
I consider it a pretty good day when I get to prepare, cook and eat a meal and it's an excellent day when myself and Himself get to eat that meal together!
I have been for my six week check up. My Holly Dolly is thriving and I am returning to normal! So that means just one thing... I'm going back to weight watchers! Weigh day here I come
So Monday morning I will join back to my old class and get to work on my post baby body. Need to get a move on too cause I have feck all clothes to wear over this jelly belly of mine!!!
Posted by Unknown at 21:16 No comments: 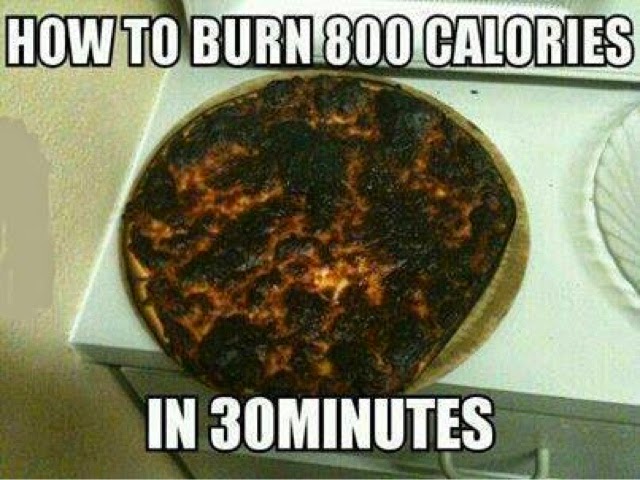 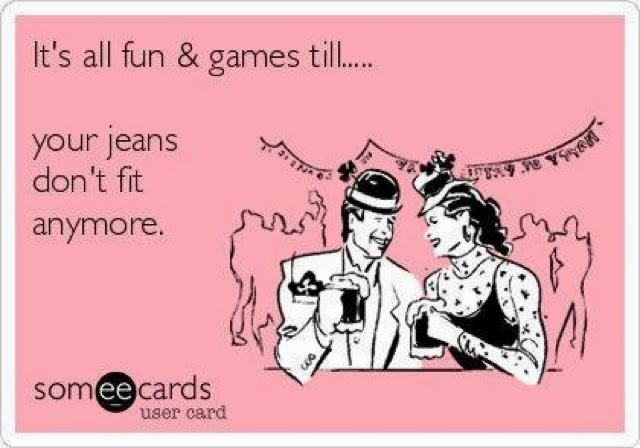 I can't actually believe that I am typing this, but my baby girl is 4 weeks old today! The last four weeks have flown by in a haze of adoration, feeding, changing and, of course, worry! It feels like she's always been here, but at the same time only yesterday that I was talking about the Big Push!

Yesterday she started consciously smiling. Who would have though that I would be so excited about something as simple as a smile, but there you are, I am! I was  delighted with myself when she smiled at me. I am, once again, convinced that I have brought a genius into the world and am already planning what I can force her into in order to make me a Mom-ager, like Kris Jenner. Sure she seems like a happy enough woman, always has a glass of vino in her hand and designer gear on her back!

I have discovered a good bit in the last four weeks.  I have learned how to do a multitude of tasks one handed. I have also learned that I do not need 10 hours sleep to function, 3 in a row is enough to keep me going. Although on saying that, I have been blessed with a little sleeper. Which isn't that much of a surprise when you think about it, myself and Himself are fond of our z's so there was a good chance our off spring would be of the same mind.

Other things I have learned in the last 4 weeks include;

- Don't  be too quick to change a nappy. Sometimes they are just not done. I have so far had her pee on me at least 4 times and once, sadly and much to my dismay, she poohed on me too. That wasn't the happiest day of my life, I can assure you! It did not get the same adoration and applause as the first time she smiled at me...

- Baby puke can get anywhere. It dries in. Always check your neck before leaving the house. There may be some dried in baby puke there. Never a good look.

- Holly knows when I am  trying to get organised to go somewhere. She senses it. It's like she just wants to make it that little bit more difficult. And she succeeds. No amount of organisation or bargaining will work. If she's pitching a fit, I just need to work around it.

- I've spent the last 9 months feeling like a 10 tonne tessie and have been unable to see my feet, just because I can now see my feet does not mean that I am a bag of bones and can slip into a size zero.. I can't actually slip into my pre-pregnancy clothes!

- It takes a while to feel normal again. Whatever that is. I still don't feel 100% normal now. I am impatient to start exercising and get back to a routine, but my body (and my baby) are refusing to play ball.

- Eat when you can, cause God knows when your next opportunity will arise! I have made the mistake of settling her, sterilising and organising her bottles and THEN trying to have breakfast / lunch. Big mistake. Normally when that happens, it ends up being about 3pm before I get a bite to eat and at that stage I'm crawling into the kitchen and eating a bowl of Special K because I am too weak to stand / prepare anything else.  Gone are my fancy Goats Cheese Tarts with walnut salad and balsamic dressing!!!

- It's important to have baby knowledgeable people to be able to call on.  Mums, mothers in law, friends, sisters. Anyone that's had a baby and you  trust. I have made a lot of calls in the last four weeks with questions, worrying that I am doing it wrong, more questions. I would be lost without my Mam, Mother in Law and two best friends. I would literally have lost the plot without their help, reassurance and support.

I have left her four times in the last four weeks.  It was intentional and I left her with a responsible adult! I didn't just leave her in a car park by mistake! Although, I do have a fear of that!  Anyway, I have left her four times for a couple of hours each time. The first time was the hardest.  I was so anxious at the thought of leaving her, then I was anxious because I didn't think I'd feel that way and didn't want to be a mother that was afraid to leave their child. I had myself bound up in knots over it all.  I was crying to my mam, crying to my mother in law. It was awful! But then, on the second Wednesday she was here we had a horror of a day. She was in awful form. Wouldn't settle for love nor money, nor the promise of another pony (by the time this kid is 6 she'll be able to open a pony trekking business if I go through with all these promised pony's!!) Himself walked through to the door and handed him his dinner with one hand, his daughter with the other and I ran, like a bat out of hell, out the door and off up to the shopping center for a look around.

I was delighted when I discovered that leaving her would not result in me bursting into tears / flames, and that she didn't actually notice that I was gone. It became clear that at her age, she couldn't give a fiddlers who's with her as long as she's fed, warm and being cuddled - fickle little fecker that she is!

Leaving her has gotten a little easier every time. But I think its actually the walking out the door that i struggle with. Once I'm gone, I'm actually quiet happy to be out and about without her. Myself and Himself went for drinks last weekend. Left her with my parents. It was my first time drinking in nearly 11 months. I had a pint of Heineken, then I had 3 bottles of Corona and THEN, himself got me Captain Morgan and Ginger ale. That was delicious. Now, you wouldn't be drinking them bad boys all night! Apart from the fact that you would be on the floor, or at least an inexperienced boozer like myself would be, but they are expensive! Worth it though. Totes worth it.

In two weeks time I'll have the green light from the Doctor and will be able to go back to the Big Deflation. And then I will feel like I have some control! Because right now, I have relinquished all control to the Queen of the World and the Boss of Everything...