Yesterday was weigh day. It was a busy week of walking and travelling and a lot of drinking. The usual story, I went off to London and lost all control of myself and proceeded to drink lots of beer and eat all the wrong things. No control whatsoever! But at least that was my last trip to the UK until the Christmas Party in December, so I now can no longer blame travelling to the UK for my lack of achievements on the scales!

All things considered, I didn't gain any weight! I stayed the same so that was a little victory in itself. Clearly the 30 Day Shred challenge is paying off somewhere along the way! And perhaps the little stats below had something to do with it also! 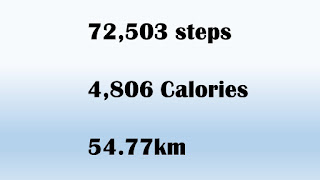 I ate relatively well this week. I even threw in some extra veggies with some of my meals! My favourite lunch this week had to be the Pizza Boats. They were amazing! Really tasty and felt like I was getting a treat.  I had decided that I was going to attempt a new recipe every week to try and keep things fresh and prevent me sinking into a food rut. So I attempted this  Skinny Lasagne. The meat sauce was lovely, but unfortunately, I just don't like leeks.  Food textures play a big part in what I will and won't eat.  And leek is way to slimy for my taste buds.  It was a little bit disappointing after going to all that effort, but at least I tried it. From now on, lasagne will be made with good old fashioned pasta, like the Italians intended it to be!! 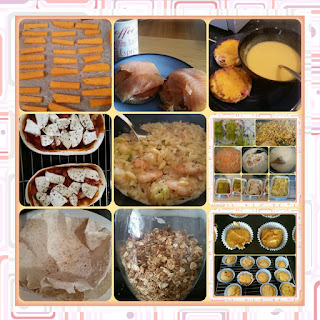 So, what's in store for next week? I'm going to continue with Level 2 of the 30 Day Shred. Jillian Michaels is the most irritating person in the world, but at least it makes you get through the routine with a bit of passion! I'm also going to aim for 73,000 steps as well as a couple of Jessica Smith TV routines for good measure.  I am planning on loosing 1.5lb next week and that will be achieved with lots of good food, zero point soups, prep and planning and my big big goal for next week is to track everything I eat and drink 24/7!

6 Mondays to go until the last weigh in! I got this!