It's Friday at last! 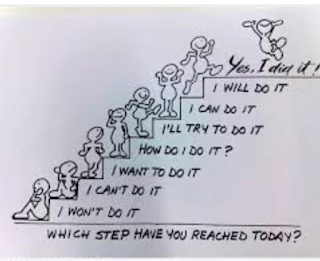 It's been one heck of a week. Every goal I have achieved so far this week has  been hard won.  The urge to lie on my couch and eat a six pack of monster much, 3 bags of tangtastic jellies and an airport toblerone has been a difficult one to resist. A very difficult one. I have been tempted by the two McDonalds I drive past on my home. That's right, there's two. And there drive in's too. Drive in’s are feckin lethal for me. You see, in my head, anything I eat while in the car or driving is calorie free, because I don’t pay attention to what I’m actually eating and I can ‘forget’ that it happened just by throwing the wrappers in the bin outside the house. So yesterday, as I was approaching the danger zone I decided, feck it, I’m having a Big Mc Meal.  Then, for the first time ever, I decided that I would investigate just how much that big mc would cost me. 22 ProPoints for the meal. So I said no way. Then as I approached the next set of lights I thought, well sure I could take it out of my weeklies couldn’t it, feck it, I will. But, as I approached the turn to go away from the drive thru or head straight for it, I took the turn away from it. No, what if I want to have something really nice at the weekend, like Wine, or chocolate, or wine and chocolate. I’m not wasting points on that crap.

Danger zone 1 successfully averted.  But I still had one more danger zone to navigate. I knew that if I drove towards that second drive thru there would be no way I’d pass it, so I did something really bold, something that won’t jeopardise my weight, but may possibly jeopardise my clean licence… I took an illegal turn and scooted off up the road in the opposite way to the second danger zone towards the safety of my house! Yay me, although very bold for breaking the law. I would have explained the precarious position I was in to a Garda if I was stopped. I am full sure he would have understood that the severity of the situation.

So on we go to the weekend. I am not too worried about it because I have a nice relaxing time planned with my family.  We have only just settled down into the swing of things after me being away from London. My little Dolly decided that she would teach me a lesson for going away and leaving her for nearly a week by suddenly starting to walk all by herself and fed herself. In your face mam, she says, you leave me, I’ll just grow up too quickly on you!! It was a happy day when she started walking by herself on Monday. I nearly caused her to fall down with the screech of delight that I let when I turned around to find her following me up the hall!!

I have completed 35,846 steps of my 83,000 so I am well on my way to achieving my goal by Monday.  I am determined to achieve this weekly goal. I will not be beaten! I am back to feeling like I want to this, not just that I have to.  This weight loss journey business is a funny one.  No matter how much you would just like it to go from A-B in a straight line, it is generally a squiggley up and down and all over the place mess of road!!

Have a good weekend all x
Posted by Unknown at 11:35